An enjoyable stroll from Sofitel Luang Prabang brings you to a fascinating display of Laos history and culture, the Royal Palace and Museum. The Royal Palace was built between 1904 and 1909 during the time of the French colonial occupation as a residence for the Laos Royal Family.

It was built to replace the old Royal Palace after the city had been largely destroyed and looted in 1887. While the previous palace was made of traditional building materials like teak wood, the new palace was made of brick and designed in the French Beaux-Arts style with many tasteful accents of traditional Lao culture. In 1975 the communist Pathet Laos party came to power and ended the monarchy, so the Royals were forced to leave the Palace, after which it was turned into the National Museum in 1995.

The museum exhibits royal religious objects, weapons, statues, screens and paintings from centuries past. In the mirrored Throne Hall, you can see the crown jewels of Laos. The Royal Palace is surrounded by a spacious, well-tended garden just off Thanon Sisavangvong. 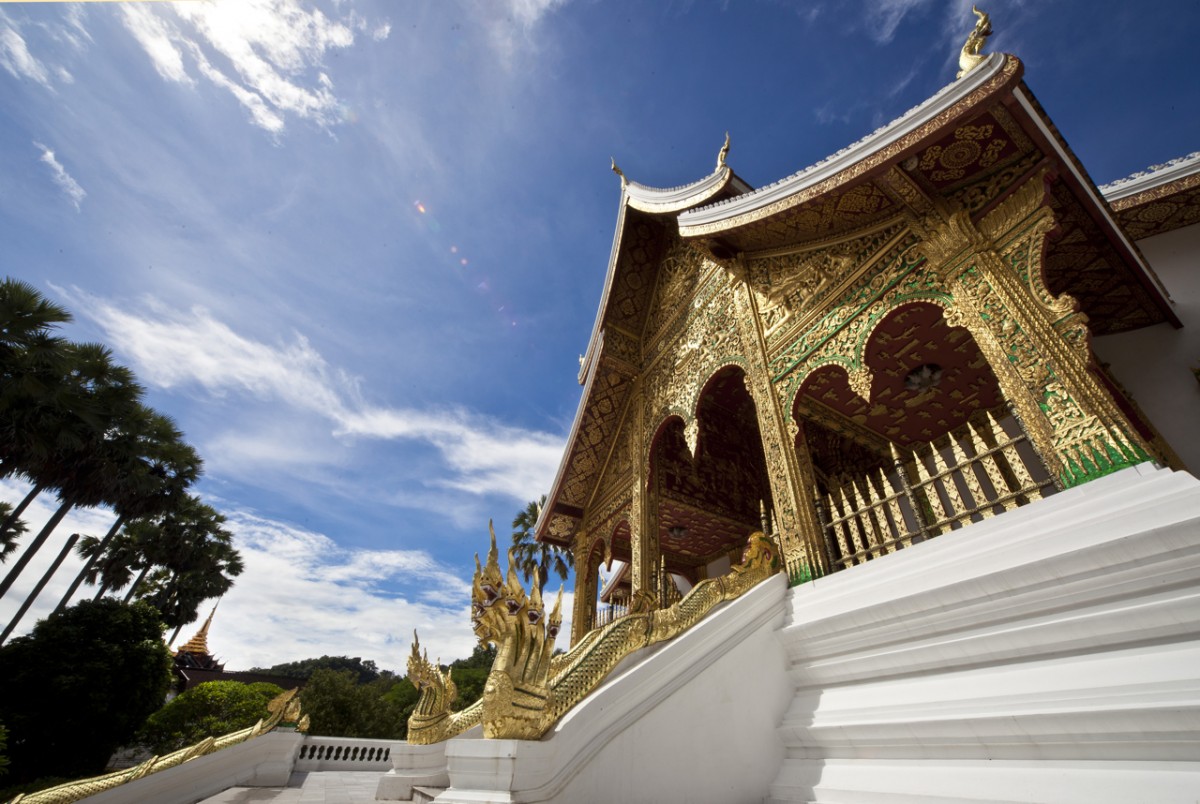 A pavilion houses the 2,000 year-old Prabang Buddha, which is made from solid gold. There’s also a garage containing the last king’s collection of cars. The museum is well worth a couple hours of your time if you want to learn more about Lao history and culture.

How to get to the Royal Palace Museum

The Royal Palace is located between the Mekong River and Mount Phousi. The main entrance is on Sisavangvong road. Located on the main street, it’s about a 5 minute walk from the Tourism Information Center.
The museum is about 2 km. from Sofitel Luang Prabang, a pleasant 15 minute walk, or 5 minutes by tuk-tuk.

Catch up on all the latest news and events.